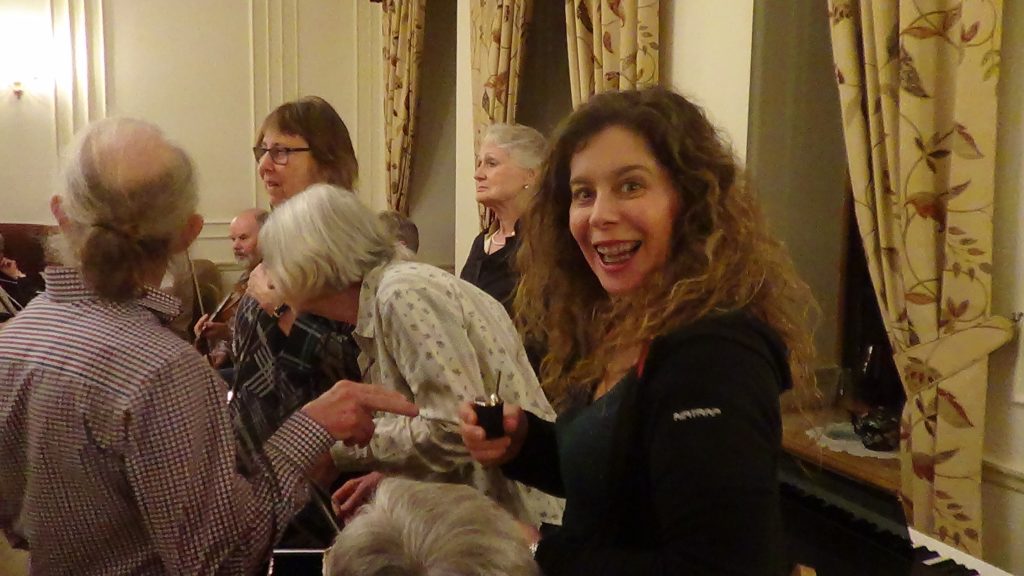 The orchestra was founded as Kingston U3A orchestra, under its founder conductor David Ward,  in 2010 to encourage amateur musicians to enjoy playing in retirement. It became a fully independent organisation in 2014 and adopted a new name, Kingston Third Age Orchestra. The new name reflects the age group of the majority of our players, but we are keen to recruit younger players who are free during the day and able to attend Wednesday morning rehearsals. 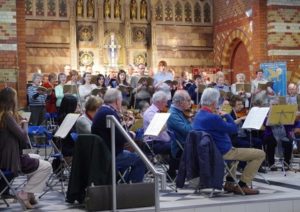 We give three concerts a year in and around Kingston. We regularly perform with local choirs, in particular The Harmonie Choir, whose Director, Peter Bullett, is a member of the orchestra.

We hold social events for the players each term and once a year have a weekend away together to try out new repertoire and to socialise. At the end of the summer term we give a free informal morning concert, when we welcome an audience of all ages, including families with small children. 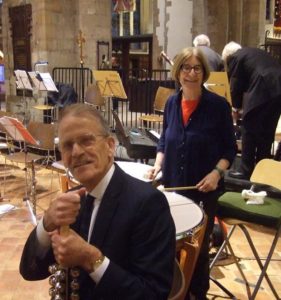 David Ward conducted the orchestra from its very first meeting in 2010 until he retired at the end of 2016.  Sadly David died on 18 April 2020.  The orchestra owes him a huge debt of gratitude.  Click here to see our tributes to him. 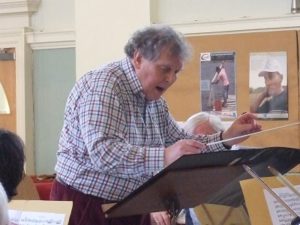 David Ward had an active life as pianist, fortepianist, conductor and teacher. His performances and recordings of Mozart in particular, on piano and fortepiano, were highly praised. He played in the major concert halls in London and in many parts of the UK as well as in Holland, Ireland, South Africa, America, Australia and New Zealand. He conducted for New Sadlers Wells Opera Company and also conducted opera and oratorio in London, Dublin and Marseilles. He taught at the Royal College of Music for over 40 years where, among other things, he was instrumental in developing the area of fortepiano studies. He also taught fortepiano at the Birmingham Conservatoire. He always enjoyed working with amateur players and singers, and delighted in encouraging people to give fully, to listen to each other and to enjoy and appreciate the music.

Our next concert will be
at 11.0 am on Wednesday 29 June
at Kingston United
Reformed Church

Kit McCarthy:
All other things will change